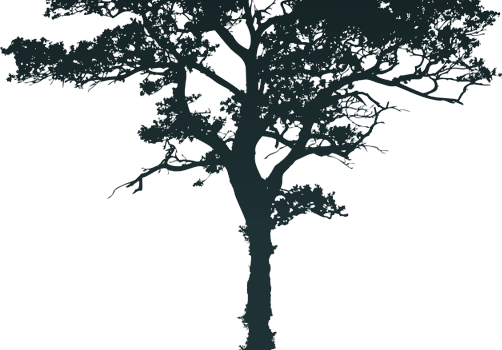 With over 7,500 products in their range at any time and only a handful of tradeshows each year, South Manchester based Joe Davies felt that it was about time they found out how the web could help them.

Joe Davies Giftware are in a hyper-competitive and understandably secretive market with a relatively small number of distributors and importers who are always looking for the next seasons hot new lines. This meant that although keen to explore the web, they were also rather apprehensive.

We spent a number of months consulting with Joe Davies to discuss the best route to take for them that offered the security they desired while also offering benefit to their customers. 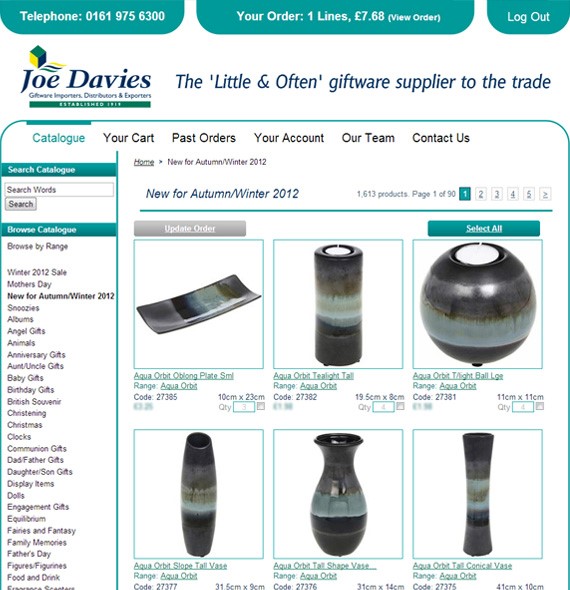 The final website was designed by their existing graphic designers but offered users a way of quickly mass-buying products and an instant preview of the products - something they didn't previously have unless they visited a show or a sales person visited.

A retail buyer is very different to that of a normal end user consumer who buys one or two unique items at a time -since its launch we've seen baskets of over 750 unique lines! With this in mind we had to approach the add-to-bag functionality and checkout process differently. Something that has worked very well. 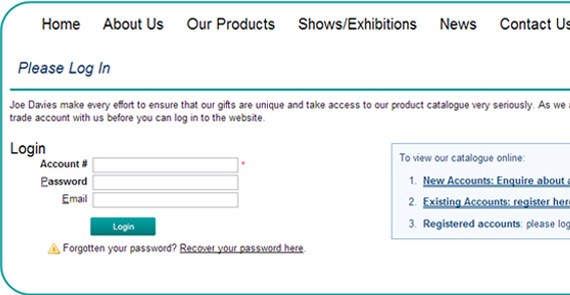 The site has been a fantastic success and both Joe Davies and the customers have been very happy with its ease of use and general simplicity. The ability to now view products as and when needed has made a big difference to the lives of the retailers, and fits perfectly with Joe Davies trademark ‘Little & Often’ philosophy.

Although initially apprehensive, Joe Davies have now fully embraced what the web has to offer including regular email shots, in-depth customer analytics and much more and we really look forward to helping them bring some more industry firsts. 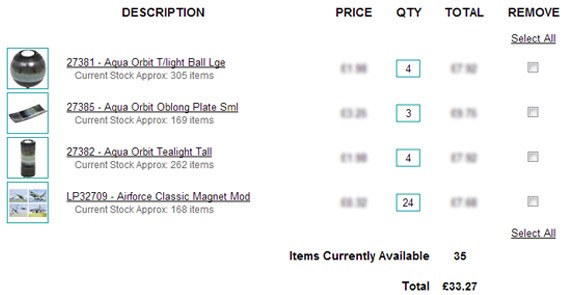